Plastics and Chemicals That Can Harm 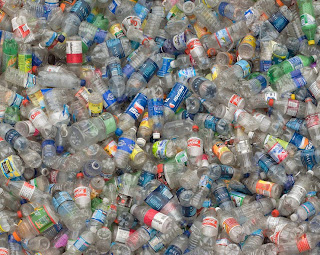 The chemical, bisphenol-A (BPA), is used to produce polycarbonate plastic and epoxy resins and is found (get this!) in water bottles, baby bottles, food containers, compact discs and dental sealants. The chemical can leach into foods, be inhaled or enter by other routes and the US Centers for Disease Control and Prevention found this chemical in the urine of 95% of people they sampled. BPA is an estrogen mimic and may interact with estrogen receptors.

Numerous animal studies have been conducted for years that link BPA with diseases and they have identified a mechanism where BPA exposure in pregnant rats causes genetic changes that persist through the life of the offspring. They also found neurological effects of BPA exposure that caused the mother rat to groom the pup less. The findings were species specific, but they involve areas of the brain that play a role in hormonal regulation and sex-related behaviors across species.

The complex factors, both environmental and genetic, that affect health are difficult to sort out. It is hard to extrapolate from animal studies to humans and the complexity of hormones makes cause-effect relationships almost impossible to prove.

But, we are facing a worldwide increase in obesity, diabetes, prostate and breast cancers, autism and attention deficit hyperactivity disorder.

As I look around the changes in society... plastic bottled water everywhere, clear plastic containers for food, plastic bags, plastic toys, plastic backpacks...I certainly support the toxicologists and environmental scientists in this work and if there is an inkling that BPAs are harmful to humans...they should be banned everywhere.

Congratulations to Al Gore who just won the Nobel Peace Prize. A man of courage and integrity, Al Gore has opened the world's eyes to just how small planet Earth is. In the entire universe, it is the only place where life exists. Lets get it right.

Anonymous said…
Thanks for this interesting information. I have been limiting my use of bottled water for some time because of the impact on the environment. This is another reason to try and limit plastic in our lives. It is very hard to do!
October 14, 2007 at 2:57 PM