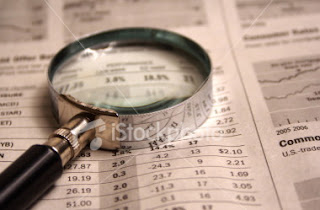 There is a big push toward having patients be smarter consumers of health care as a way to control costs. Employers are pushing for medical savings accounts (where the patient has a pot of money they spend on health care or just save) and more and more insurance products have high deductibles and more cost sharing by the patient. The simple way of explaining it is that if someone else is paying the bill (insurance, medicare, the government) people will just use lots of care and testing and medications and procedures and have no regard to cost.

In a normal market, lower cost, high quality products would prevail. The medical market should operate that way but it doesn't because the incentives aren't aligned. The person receiving the benefit ( the patient) is often far removed from the true cost.

The only way a true market could work is if the consumer (patient) KNOWS WHAT SOMETHING COSTS! Here is the rub. It is near impossible for a patient to find out ahead what the cost of a test or operation or even a doctors visit will be. The system is so complicated, answering that easy question is not so easy.

Hospitals don't have one pricing method. They have contracts with each insurance company (there are hundreds) and each is written in a different way with different discounts for each service. A colonoscopy can cost $800.00 at one place and $6500 someplace else. Can you believe that range? The price is often not what the provider gets paid anyway. That price may or may not include the medications given or the gastroenterologist portion of the bill. In a hospital setting the price may differ if you are covered by one of hundreds of insurance plans or by Medicare. There are laws that say a provider can't charge less than it's lowest price contract and they don't want to charge less than what they could be paid by the highest price contract. There are also trade secrets so they aren't disadvantaged the next time they contract with an insurer. Are you dizzy yet?


Our industry- American Health Care- needs to get a grip and solve this problem. It isn't easy and I'm not blaming hospitals or doctors. Heck I am part of the problem too. Doctors also have to inflate their charges to cover the government payments that don't cover the cost of care. But it is insane to expect patients to be frugal purchasers of health care when they aren't told what something will cost.

ConsumerAdvocate said…
Toni - Your post on the need for Transparent Pricing for Patients is something I am very passionate about. My personal frustration with the difficulty of obtaining true pricing before health care services are delivered has inspired me to do something about this problem. As a consumer advocate, I am heading up a grassroots initiative that uses social networking to help consumers lookup prices and find the best value for routine health care services. The website, www.OutOfPocket.com, includes a directory of true prices for common health care services based on actual visits by individual consumers. The contents of the directory are contributed by consumers to share with other consumers. The website invites everyone to contribute, including the insured and insured, by anonymously posting prices consumers paid for routine health care services (such as MRIs, mammograms, x-rays, CT scans, vaccinations, office visits, dental and vision), along with personal recommendations on the provider. We also supplement the directory with price lists from providers that disclose pricing, and Government CMS Medicare payment data.

This grassroots initiative is something that can be accomplished immediately without waiting for legislation to pass, complicated programs to be initiated, or wait for the country to decide how to reform our health care system. The site was launched this summer and everyone is encouraged to participate. If OutOfPocket.com achieves critical mass, and enough consumers participate to share prices – consumers will have collectively created a powerful tool to help make informed healthcare purchasing decisions. Everyone benefits by exposing health care prices. Consumers save money by shopping for the best value and eliminating wasteful spending on unnecessary procedures and overpriced services. Be sure to check out OutOfPocket.com and tell others about this consumer initiative. I welcome all your comments. Mona Lori, Principal, OutOfPocket.com
October 22, 2007 at 9:41 AM

Toni Brayer, MD said…
Consumeradvocate: Thanks for your great comments and interest and I did go to your website and did a test. I looked up colonoscopy and found (for Medicare) both anesthesia price and physician price but I think there would also be a facility price(which was not noted). It is a great start but it is a little like ordering in a resturaunt and being given the cost of some of the ingredients rather than the full entre'.
October 22, 2007 at 3:17 PM

K said…
Having been surprised later by a large, unexpected medical bill for something that previously in life would've been taken care of, no questions asked, by the insurer, I can say that I'd love to know how much a procedure is going to cost, even if it is just a ballpark figure. Hell, I'd like to know if ANYTHING a doctor is going to do is outside the scope of my insurance, so I can say "No, really, I think I'll skip the laryngoscopy, since it'll cost upwards of $200 a pop." Yeah, I'm still a little bitter about that (although not just because of the pricetag).
October 23, 2007 at 10:59 AM

Anonymous said…
I’m in complete agreement with Dr. Brayer here. What I didn’t understand and most people don’t is that….Healthcare Is Retail. When I learned that the 2 MRI’s my wife had performed for her back cost me $4,400 at the hospital and I could have just driven down the road a few miles to an imaging center and had the EXACT SAME procedures performed for $1,900….I was ticked off! That’s amazing and who would have known…a $2,500 difference! We’ll that’s all going to change with the efforts of folks like Dr. Brayer and Mona above. I too have started an effort to help expose the true pricing of healthcare. I’ve created a site called NewChoiceHealth.com which exposes procedure pricing in a shopping format for a large majority of the healthcare facilities throughout the nation for common procedures such as MRI’s, PET Scans, CT Scans, Colonoscopy, Ultrasounds, X-Rays, and more. Currently I have just procedure pricing but am working towards having true "visit" pricing which will include everything! In addition I’ve creating cost savings reports and tips which will give consumer further insight into how the world of healthcare pricing works and how to possibly save even more. Please share with friends and family because the more people that start to know the true pricing of healthcare the more pressure they will feel knowing their pricing is exposed…and they may thank you for helping them save some money. I truly believe these grass roots efforts can make a difference! Please share any thoughts or comments and thank for your support. Brian, Founder, NewChoiceHealth.com
February 10, 2009 at 12:54 PM