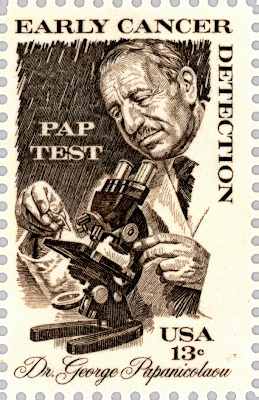 The pap smear may become a relic of the past. File it away with blood letting and arsenic when a new DNA test is brought to market that will enable women to be tested once every 5 to 10 years to detect cervical cancer.

The annual Pap Smear has been around since the 1940s and requires a scraping of the cervix with a pathologist reading the smear and looking for abnormal cells. The new DNA test, which is being sponsored by the Bill and Melinda Gates Foundation in India, has shown a single screening beats all other methods at detecting the HPV virus that leads to cancer. At $5 a test, the cost is a fraction of the Pap test and even though it requires a cervical smear, the results are available within a few hours. If it is negative it does not need to be repeated for several years.

Cervical cancer is caused by certain strains of the human papillomavirus and it is a sexually transmitted virus. In poor countries more than 250,000 women die annually of cervical cancer.
Most women in these countries do not have access to clinics or screening for cancer. A cheap and easy test would be a major breakthrough.

I think it will be a long time before the American College of Obstetricians and Gynecologists would accept a DNA test that puts the annual pap smear out to pasture. Old habits die hard and they will probably demand years and years of studies to make sure the new test is effective. Studies already show that women with a negative pap smear can wait three years before getting another one, yet most women come yearly and insurance pays for yearly tests, which is probably a waste of money.

Will the new DNA test replace pap smears? It certainly will in developing countries. In the United States we will need to wait for more confirmatory studies and a change in habit.

Unknown said…
Buy Celebrex Online -
Both generic celebrex and brand ones are available at canada Pharmacy , also buy celebrex online.
April 15, 2009 at 4:09 AM