Will Obama Cave on Health Care? 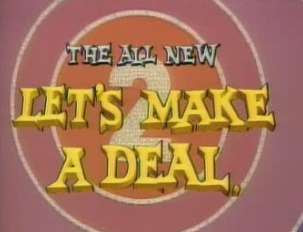 Healthcare reform is heading downhill fast as Obama starts to cave on some essential principles. He is a smart guy, with smart advisors, but the watered down version of reform that Americans may be getting will be disappointing at best and possibly a financial disaster for the American people.

Unless the government is able to control costs, health care reform will be a failure. The Administration is showing willingness to cave on two critical aspects of reform: controlling drug costs and having a "public option".
Big Pharma is exerting massive pressure to disallow price negotiations and it looks like Obama may just go along with this extortion to get them to support the plan. George Bush struck the same deal with the pharmaceutical giants when Medicare enacted the Part D drug coverage (ie: no ability to negotiate price) and that was a huge bonanza for Big Pharma. Their bonanza means sky rocketing prices for all of us.
The public option is also loosing steam as the insurance lobby mounts pressure. Last year, UnitedHealth took in about $81.2 billion in revenues and WellPoint saw nearly $61.6 billion, with Aetna taking in nearly $31 billion and Cigna about $19.1 billion.
No wonder they oppose real "choice". Without the public option, it will be status quo, business as usual for the health care insurance industry, with the addition of millions more (currently uninsured) policy holders, paid for by our taxes. For the rest of America, it will mean huge rising premiums and continued denial of claims.
Obama has said he will not "draw a line in the sand" and is trying for a bipartisan solution. Giving up the public option just to get the acquiescence of the insurance lobby makes no sense. The insurance industry exists to make a profit for their investors (they are succeeding), not to improve the health care of a Nation.
Health care reform was supposed to do that, but it looks like it will be unable to slow costs, or provide much in the way of real change.

Raymond Bouchayer said…
Yes , you are so right . the "bottom Line " is what the Insurance and Pharmaceutical are ONLY interested in . By denying services /procedure to some patient they are giving their executives enormous bonuses . Bonuses that the executives of Medicare NEVER get ... Yes they are a lot of "not right in the head" folks in this country . We loose this and Obama cannot be reelected ....not with 46 + millions of uninsured people and growing as the job market is shrinking .When Corporation dictates what the policies should be it becomes "Fascism".
August 11, 2009 at 4:36 PM

Anonymous said…
With all the misinformation out there, where can I find the facts Toni?