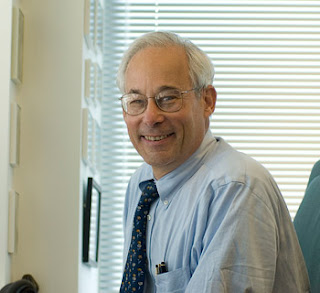 In a slick move, President Obama appointed Donald Berwick, a pediatrician, to the top post at CMS (Centers for Medicare and Medicaid).  I am happy about this because Dr. Berwick is eminently qualified and has been a leader in the quality and safety movement and patient protection for decades.   With his focus on quality and his passion for improving health care, he is the right person at this time to lead CMS.  He has been endorsed by the American Hospital Association, the Federation of American Hospitals, the Catholic Health Association, AARP,  the AMA and the American Association of Family Physicians.  He is non partisan and three former directors of CMS (who served under Republican presidents) support him.

Why did Obama appoint him, rather than take him through the confirmation process?  It is because the Republicans vowed to block his nomination through extended hearings and use politics to keep him out.  Medicare has been leaderless since 2006 and urgently needs reform.  Medicare is a mess and must be fixed before health care reform can occur.

Yes, Berwick is a proponent of health regulations that "weigh public welfare against the choices of private consumers".   Those are fighting words to those who are against health reform and who are happy with the status quo.  Don Berwick doesn't sugar coat the problems our nation is facing and he believes in a system where decisions are transparent - and the people who make them are accountable.

That sounds pretty good to me.

Michael Kirsch, M.D. said…
I don't envy Berwick. Every decision and recommendation he makes will make folks mad. I hope that his hide is as thick as an elephant's. I hope that he will be more effective than he will be popular.
July 9, 2010 at 9:20 AM

stop smoking help said…
Funny how one president can make a recess appt. and get roasted while another gets applauded. I'm not taking party sides here, just an interesting observation.

I agree, we need someone willing to ask the tough questions, direct the national conversation and then expect and sort through what is and isn't appropriate.

One thing I think we all agree is missing by the recess appt. is the discovery process which would expose those "disclosures" which might influence his decision and policy making.

"Guppy" Honaker said…
Everything Obama does is "slick." But I agree, Dr. Berwick will be a good appointee.

Have Myelin? said…
I am against recess appointments no matter what the party. The end results do not justify the means IMO.

I'm also on Medicaid and I HATE IT. I thought Medicare was bad enough. We're the gophers of the economy, I knowwwww....!

James Nicholas said…
Commemorating 60 years of England's National Health Service in July of 2008, Dr. Berwick gave broad praise to the institution, attributing to it virtue for being a means by which wealth is taken from one group of people and given to another:

What Dr. Berwick was speaking of is called theft. Legalized theft, but theft all the same. For a physician to believe he is in the business of re-distributing wealth is for him to totally lose sight of his duty.

And Dr. Kirsch, the decisions Dr. Berwick's makes will make not make everyone mad, just those that are relying on the CMS for their medical care.
August 8, 2010 at 7:43 PM

link wheel said…
Hey cool blog, just questioning what anti-spam software you use for feedback because i get lots on my blog. Anyway, in my language, there should not much good supply like this.
March 31, 2011 at 12:34 AM

linkwheel said…
I was questioning what is up with that bizarre gravatar??? I know 5am is early and I'm not wanting my finest at that hour, however I hope I do not seem like this! I'd nonetheless make that face if I am requested to do a hundred pushups. lol Anyway, in my language, there should not much good source like this.
March 31, 2011 at 12:43 AM

sim so dep said…
Hi. I wanted to thank you for the great info you have posted on your web site. I will definitelycome back to check it out once again and have subscribedto your RSS feed. Have a great day.
March 31, 2011 at 3:10 AM

so dep said…
I used to be wondering what's up with that bizarre gravatar??? I do know 5am is early and I'm not trying my greatest at that hour, but I hope I don't appear to be this! I might nevertheless make that face if I am asked to do 100 pushups. lol Anyway, in my language, there are usually not much good source like this.
March 31, 2011 at 8:27 PM

viagra before and after pictures said…
Please one more post about that.I wonder how you got so good. This is really a fascinating blog, lots of stuff that I can get into. One thing I just want to say is that your Blog is so perfect
December 15, 2011 at 4:58 AM

sim số đẹp said…
Hello, I saw a three of your attention-grabbing posted posts and needed to ask in the event you would be interested in reciprocal pages? Crew have weblog about alexis texas ass! Anyway, in my language, there usually are not much good supply like this.
January 3, 2012 at 12:03 AM

Sim 10 so said…
Wonderful learn, I simply handed this onto a colleague who was doing some research on that. And he actually purchased me lunch because I discovered it for him smile So let me rephrase that: Thanks for lunch! Anyway, in my language, there should not much good source like this.
January 11, 2012 at 7:51 AM

Sim viettel said…
Your weblog is fine. I just wish to comment on the design. Its too loud. Its doing way an excessive amount of and it takes away from what you received to say --which I feel is basically important. I dont know if you happen to didnt suppose that your phrases could maintain everyone attention, however you had been wrong. Anyway, in my language, there aren't a lot good source like this.
February 3, 2012 at 4:31 AM