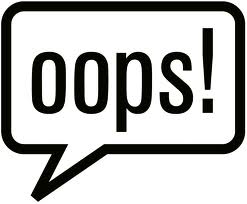 Dr. Lazar Greenfield, the inventor of the Greenfield filter, has now resigned as President of the American College of Surgeons for a big oops.  Dr. Greenfield wrote an editorial for Surgery News, a publication for Surgeons from the American College of Surgeons.  In the now famous Valentine's Day issue he said semen was a "mood enhancer" for women and would be a better gift than chocolate.   He was responding to an article that cited the research of evolutionary psychologists who wrote that women who did not use condoms and had sex with men may be less depressed.  (The publishing of bad science was also a oops for the College).  Go here to read Dr. Greenfield's musings on unprotected sex being a treatment for depression and the benefits of semen on the "vascularized vagina".

I'm sure he is now wondering himself, "What the heck was I doing writing that"?  It wasn't an off-hand remark.  It was a professional op-ed for heavens sake!  Needless to say there was a backlash from women surgeons that ended up being his undoing.

Comments and concerns about his statement were varied and even women had different views.
Dr. Colleen Brophy, Professor of Vascular Surgery at Vanderbilt said, "I was aghast.  I've gone back and reviewed the science and it is erroneous.  But I'm resigning from the college not so much because of the editorial but because of the leadership's response to it."  The American College of Surgeons has more than 75,000 members.  About 10% are women.  The five women on the 22-member governing board issued a letter requesting that Dr. Greenfield step down.

Other comments on the  blogs were varied.  One woman said she wasn't offended at all. "Americans take the topic of sex way to seriously...lighten up".  Another professional women said "Obviously you really don't understand the horrible symbolism represented..."  And finally, "...It's just a good-natured suggestion to make love: not appropriate, perhaps for the editorial pages of a medical journal, but innocent enough." (that comment from a male)

This article and Dr. Greenfield's editorial bring up issues that are deeper than political correctness.  Despite the dramatic increase of women into general surgery and surgical sub-specialties, there remains a huge under-representation of women in the leadership positions.  Women surgeons receive lower salaries and are more vulnerable to discrimination, both obvious and covert.  Many women surgeons are not given the most involved surgery cases...they are relegated to breast surgery or office procedures.  There is no doubt the glass ceiling persists in academic surgery.

As a woman who has lived and thrived professionally in a man's world, I have learned to roll with the sexist comments and attitudes.  I don't take myself or others too seriously and I see sexist men as dinosaurs that are on their way out.   But as we struggle with covert discrimination against women and lesbians, it is important to speak out loudly when the profession steps out of line...like it did here.

Dr. Greenfield's statement does not take away his many contributions to surgery.  I know other (men) who have worked with him and they think highly of him.  Let the American College of Surgeons use this incident to shine a light on their affairs and make needed strides toward equality and respect.

Lady Doc said…
This is the 21st century. Where was his editor? It is amazing that these comments made it to publication and it shows how out of touch that organization is. Thanks for highlighting it.
April 19, 2011 at 6:35 AM

Anonymous said…
I agree - someone should have filtered those comments.

Michael Kirsch, M.D. said…
As you point out, not an offhand remark, but a prepared editorial. The man who invented the Greenfield filter needs a filter.
April 19, 2011 at 6:16 PM

BrainDame said…
While there has been some appropriate response to this outrage, I am more concerned about the backlash-such as comments about a few loud women drove him out! this type of behavior should never be allowed.
May 3, 2011 at 6:24 PM

Pr Bulls said…
Hi,
Thanks for posting this great information, if you want to read more blogs related to women go with my website.Blogs For Women
February 19, 2020 at 2:36 AM