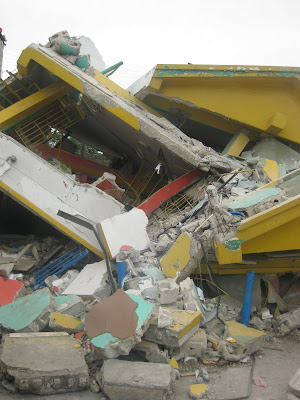 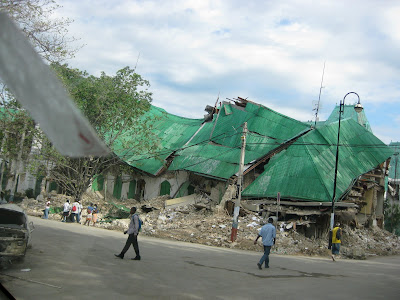 Is anyone paying attention to the plight of Haiti anymore?  Unfortunately the rebuild (after the earthquake on Jan 12, 2010)  never really happened and Haiti seems as poor and troubled as ever.  Over 800,000 people still live in makeshift tent encampments. Now they are plagued with a cholera epidemic that just won't stop.  It is nearly impossible to eradicate cholera when sanitation is poor, clean water is scarce and people have no resources.

Thousands of Haitians live in rural communities that are isolated because of poor roads and no real facilities.  Many of these villages are inaccessible to cars or trucks.  Poor water hygiene is the cause of cholera in these areas and rains flush contaminated soil into the rivers and people get infected.

Cholera strikes very quickly and children especially become dehydrated from massive diarrhea within hours.  Treatment is not difficult if it can be started in time but the death rate has already surpassed 5,500 since the epidemic began in October.  Where there are no roads, no hospitals and no health facilities, there is essentially no prevention or treatment for Cholera.  Death follows.

Despite my interest in Haiti, I have been unable to understand the government (or lack of) and why the billions of dollars in pledged aide has been so ineffective.  We have Presidents Bill Clinton and George W. Bush in partnership with other governments who pledged to help rebuild Haiti from the ground up.  What has happened?

According to National Public Radio, the Pan American Health Organization has decided a large scale cholera vaccination campaign should begin in Haiti.  One drug manufacturer offered to donate tens of thousands of vaccines but the Haitian government turned it down because they were worried about civil unrest among people who couldn't get the vaccine.  That type of thinking just baffles me and I wonder why there is not more hard diplomacy in Haiti to get the government to do the right thing for its people.  If the government is unable to manage the rebuild and put in infrastructure for roads, agriculture, water systems and basic health care, despite the billions of pledged dollars, somehow the international community should take over.

When was the last time Secretary of State, Hillary Clinton visited Haiti?  Why is there not an outcry from other Nations, including the U.S. at what we are seeing just a few miles from our borders.

Partners in Health is still on the ground providing health care.  Doctors and Nurses from San Francisco have not forgotten Haiti and another mission to work with local doctors and provide supplies and training is underway.  As great as this is, it is just a drop in the ocean of misery for Haiti.

A large scale solution is needed and it must be undertaken by the government of Haiti.

Raymond Bouchayer said…
No , people have forgotten . The country is poor there is nothing any of the government that pledged money and did not follow through want from Haiti . Now if there was something like large deposit of oil, Gold or other valuable resource it would become a question of "National Interest" and help would be there . Very Sad
July 19, 2011 at 8:20 AM

Dr Paula said…
The Haitian people are amazingly resilient. I recently returned from my second medical mission and found them so hopeful that Martelly will fix everything. Where is all the money? I believe if we want to help it needs to be in more constructive ways.
July 19, 2011 at 10:44 PM

Mark said…
Wow! Its a great idea here.... Really very interesting found.... I enjoyed this post blog post... Your really having a great collection of pictures. Thanks and keep posting.... Your blog is very informative.
Viagra Online
August 9, 2011 at 8:50 PM