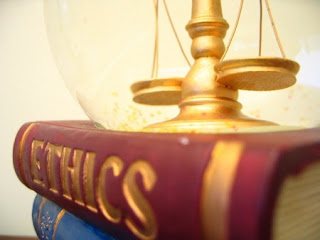 The shocking details of  U.S. medical experiments done in the 1940's in Guatemala are just now coming to light.  A Presidential Commission for the Study of Bioethical Issues has been looking at medical "research" that was done from 1946-48 by the U.S. Public Health Service and the Pan American Sanitary Bureau.  This research in Guatemala was paid for by the U.S. Government and it involved deliberately infecting people with sexually transmitted diseases.  The researchers were trying to see if the new drug penicillin could prevent infections.

The full report is still pending but here is what we know now.  The researchers infected 1,300 soldiers, prostitutes, prisoners and mental patients with syphilis, gonorrhea or chancroid.  Only 700 of those infected received some sort of treatment and 83 people died.

One particularly egregious example involved seven women with epilepsy who were housed at the Home for the Insane.  They were infected with syphilis into the spinal column as a way to cure epilepsy (?).  All of the women got bacterial meningitis, likely from non-sterile injections.

Another female patient with syphilis was infected with gonorrhea in her eyes and elsewhere so researchers could see the impact of additional infections.  She died 6 months later.

Needless to say, none of this "research" produced any valuable information.  The main researcher, Dr. John Cutler also let experiments in Terre Haute, Indiana in which prison inmates were infected with gonorrhea.  The inmates were volunteers, although one has to question how much "freedom" an inmate would have had in 1943 to refuse.  The Guatemalan participants gave no informed consent.  Dr. Cutler was also involved in the Tuskegee, Alabama research where hundreds of black American men were deliberately left untreated for syphilis.  The experiment lasted a shocking 40 years, until 1972.

There is no doubt that these experiments are a crime against humanity.  Even though it seems like it was a long time ago and nothing like that could ever happen again, we must recognize that we face ethical issues in medicine all the time.  If we don't learn from the past, we are doomed to repeat it.  (Consider the genocide that is occurring right now in Darfur and the blind eye the world is turning toward it)

As shocking as these reports are, Dr. John Cutler was described as a research pioneer in his obituary when he died in 2003.  He rose to great prominence and accolades, despite behavior that should have led to jail time.   Check it out here.

Peggy said…
Thanks for the heads up. Marginalize people, then you can deny their humanity. I would like to see his justifications for the choices he made, but it would probably make me sick.
August 31, 2011 at 8:23 AM

Toni Brayer, MD said…
Peggy: that is the reason "ethics" cannot be individually decided but must rest with society at large. If you read the obituary, Dr. Cutler was hailed as a research pioneer, looking for ways to help mankind by investigating disease in a "holistic" way. A spin can be put on anything. The Nazi's did investigations to learn ways to "protect" soldiers in the battlefield by subjecting children to hypothermia (ice cold water). These are not ancient events. We now have some protections and guidelines for research but we need vigilance to make sure all people (poor and marginalized) are protected.
August 31, 2011 at 8:59 AM

Samual said…
This comment has been removed by a blog administrator.
September 1, 2011 at 2:45 AM

Virility EX said…
This comment has been removed by a blog administrator.
September 2, 2011 at 4:40 AM

danial11 said…
Thanks for the interesting thought.I love you page and think of you often. SEO company India offering Services like Search Engine Optimization Services, Seo Services.
January 8, 2012 at 6:47 AM

danial11 said…
I was searching some thing relevant to this, And i am feeling lucky, as its the perfect one for what i am looking for. I will share this. Certified Personal Trainer
January 11, 2012 at 9:06 AM