Land Mines Around the World 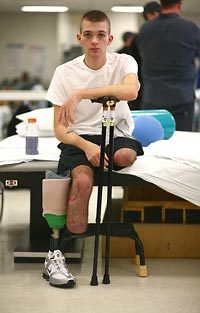 We must not turn a blind eye to the shocking facts about land mines and the damage they cause to civilians and our own troops.  The fact that modern warfare involves buried explosives that are completely untargeted  should shock the conscience of the world.  The number of severe wounds that affect our servicemen is on the rise and the Army's Landstuhl Regional Medical Center in Germany is filled with casualties from Iraq and Afghanistan.

There have been 79 cases of multiple amputations this year for our U.S. soldiers...more than any previous year and through July, 134 servicemen and women lost limbs.  The year is only 1/2 over!

Doctors treating the troops said there is often damage to lungs, kidneys and livers from massive blood loss and shock.  Infection is rampant and 90 solders lost genitals from the blasts.  This is despite heavyweight chaps and Kevlar underwear and ground penetrating radar systems and increased armoring of vehicles.

Twenty-five percent of the world's unexploded land mines are buried in Iraq, which has more than 20 million mines.  They were planted randomly as far back as 1960.  The Ministry of Defense is in charge of clearance and uses private companies to do the work. Land mines killed or injured an average of two Iraqis every week in 2009.  Each day over 70 people,  somewhere in the world,  are killed or injured by a landmine.

The Ottawa Treaty or "Convention on the Prohibition of the Use, Stockpiling, Production and Transfer of Anti-Personnel Mines and on their Destruction", was signed by 156 Countries to eliminate land mines around the world.  The United States, Russia and China have not signed the treaty. 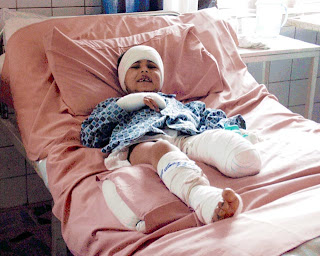 Liz said…
This is such a horrifying and under-reported situation. thanks for drawing our attention back, toni.

blinds & shades Kennesaw said…
This is not what UN and social organizations look into. They are the ones who should raise the voice and draw attention of Governments in these war ridden countries.
September 23, 2011 at 12:31 AM

Anonymous said…
This comment has been removed by a blog administrator.
September 28, 2011 at 6:48 PM

Washington DC plantation shutters said…
This is not what UN and social organizations look into. They are the ones who should raise the voice and draw the attention of Governments in these war ridden countries.
May 25, 2017 at 7:46 AM