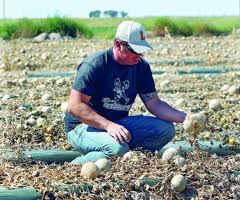 If you have watched any news over the past week you know there is a listeria outbreak from contaminated cantaloupes that has been traced to Jensen Farms in Colorado. The CDC has confirmed 72 illnesses, including 13 deaths linked to the melons and three other deaths may be involved.  By now most of the cantaloupes should be gone as they usually last only a couple of weeks.  The recalled cantaloupes were shipped between July 29 and Sept 10.

Listeriosis is a serious infection caused by eating food contaminated with the bacterium Listeria monocytogenes.  It causes fever, muscle aching and sometimes diarrhea.  It feels like a bad flu with headache, stiff neck, confusion, loss of balance and in severe cases, convulsions.  As with many infections;  babies, pregnant women, people with weakened immune systems and older adults are more likely to have severe illness.  There are about 1,600 cases annually reported in the United States.  The largest outbreak occurred in 2002 and the culprit was contaminated turkey deli meat.

It can take several weeks for symptoms to appear so even though the contaminated melons are probably gone, we may see more cases crop up.  Listeria bacteria can grow at room and refrigerator temperatures. The illness can be diagnosed with stool or blood cultures for confirmation. 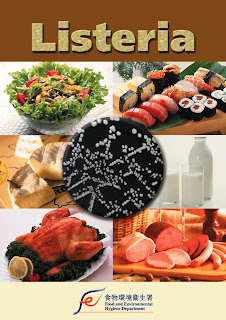 The best way to prevent Listeria infection is to thoroughly cook raw food from animal sources.  Rinse raw fruits and vegetables under running tap water before eating and avoid raw (unpasteurized) milk.  Opened package lunch meats, deli meats, cold cuts and meat spreads are risky, as are soft cheeses such as feta, queso blanco, brie, and camembert,  unless the label says "Made with Pasteurized Milk".

The CDC say that "cantaloupes that are known to NOT have come from Jensen Farms are safe to eat. If consumers are uncertain about the source of a cantaloupe for purchase, they should ask the grocery store. A cantaloupe purchased from an unknown source should be discarded: "when in doubt, throw it out.""

KM said…
Until reading in the NEWS of the contaminated cantaloupes I had not known about Listeria. Thanks, Dr.Brayer for your informative post explaining more about it. Is it treated with antibiotics?
September 30, 2011 at 9:30 AM

Liz said…
thanks for this good info, toni.

Raymond Bouchayer said…
What happened ....I used to drink out of the water hose , going to the drive in restaurant the cook would make beef patties ( big ones) with no gloves and no one got sick ..maybe "Monsanto and chemical companies " are poisoning us .We know that our pesticide have killed bees , but we go right along feeling that "They" know better . I think this planet will shake us like a bad case of the flees ...we have ruined this planet
October 1, 2011 at 7:21 AM

Nikko said…
I agree with you Raymond, I used to drink of the water hose too, thank you for this informative post Toni!
October 3, 2011 at 11:19 PM