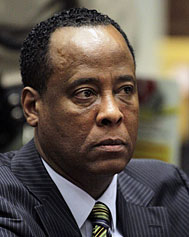 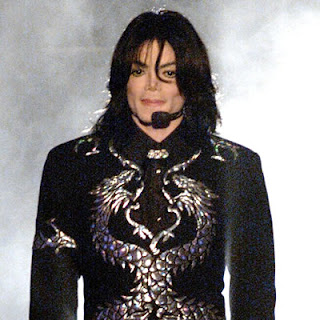 The 2nd degree manslaughter trial of Dr. Conrad Murray, the doctor who attended Michael Jackson at the time of his death June 25, 2009,  is now underway in LA.  The testimony that is taking place is certainly revealing of the last day of Mr. Jackson's life.  Michael Jackson died of an acute Propofol overdose and the toxicology report also revealed Valium, Lorezepam, Versed, Lidocaine  and Ephedrine in his system.  There were no illegal drugs.

Propofol is used as a powerful anesthetic and is given intravenously.  It is not a drug that would be used outside of a medical facility or hospital.  Versed (Midazolam) is also a drug that is used for conscious sedation for procedures in hospitals.

Dr. Conrad Murray is a cardiologist and served as Michael's personal physician.  He was trained at Meharry Medical College and did post graduate work at Mayo Clinic and Loma Linda University Medical Center in California.  He studied Cardiology at my alma mater, University of Arizona, and he was the associate director for the interventional cardiology fellowship training program at Sharp Memorial Hospital in San Diego.

All of this sounds pretty sterling!

Early testimony in the trial reveals the doctor ordered drugs from a pharmacy that were delivered not to a clinic, but to his girlfriend's home.  It included 225 vials of Propofol, 20 vials of Lorezepam and 60 vials of Versed.  He admits that he routinely hooked Michael Jackson up to an IV and administered drugs to help him sleep.  The day he died, Dr. Conrad was in another room making phone calls to various girlfriends. According to testimony of Jackson's cook, when Conrad found the pop star unresponsive and not breathing he panicked and called for help from body guards and even Jackson's children.

Witnesses reported that he called out to the bodyguards in the room "Does anyone know CPR?", and then attempted mouth to mouth breathing.  He stopped and said "I've never done mouth to mouth before."  911 or paramedics were not called for a full 25 minutes.  Instead Murray called Jackson's personal assistant and said "Call me right away, right away, thank you".

When paramedics arrived there was no chance at reviving Michael Jackson and the Emergency Room physician at UCLA Medical Center also testified that "Mr. Jackson died long before he became a patient."  Strangely, Dr. Conrad did not tell any medical people about the IV drugs that led to his death and only said he had given him a small 25 milligram dose of Lorazepam.

This case is just beginning and much more will be revealed over the next few weeks, both for the prosecution and the defense.

Medically,  he is going to have a hard time explaining how a cardiologist would not be up to the current standards of CPR.  Mouth to mouth resuscitation is no longer the standard of care and cardiac compressions are the lifesaving protocol that all current physicians know.   IV Propofol and Versed are dangerous for use outside of a hospital setting and close 1:1 nurse monitoring and sometimes anesthesia stand by is required.   The fact that this would be used without an external defibrillator nearby or even used at all is shocking.

Many questions will need answers. I trust the jury is listening closely.

Liz said…
it's all pretty shocking and extremely sad...

office cleaning services said…
Michael Jackson is a word famous pop singer and dancer. No one can dance like him. It is a shocking that his doctor help him to sleep. I think it is a case of murder.
October 11, 2011 at 2:05 AM

Steven Reidbord MD said…
Well, that's certainly a sordid mess. VIPs sometimes get the worst treatment, not the best. For $1.8 million a year I'm sure you or I or lots of doctors could have practiced a "little" better medicine than that.