Ovarian Cancer Screening of No Value 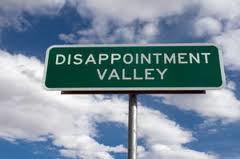 If you want to create an outcry of indignation,  just inform people that certain screening tests are of no value and do not increase time on this earth.  People love the idea that if they do all the right things and get all the medical tests at the right time, they can prevent disease ( ....uh...no, tests don't prevent anything) or catch cancer early and cure it.

The furor over the lack of benefit for men of the screening Prostate Specific Antigen test (PSA) is still being heard.  It seems everyone knows someone who was "saved" by getting a PSA and don't try to tell me there is evidence to suggest otherwise, dammit!

There is a new report in the Journal of the American Medical Association (JAMA) that confirms previous studies and shows there is no benefit for women to obtaining screening ultrasounds and Ca125 for ovarian cancer.  This is bad news because every year over 21,000 women are diagnosed with ovarian cancer.   Most of them are diagnosed in advanced stages and the 5 year survival rate is only 30%.  Of course we want a safe, effective screening test that can detect abnormalities early.

Ca125 (blood test) and transvaginal ultrasounds should work...but they don't.  The 13 year old study confirmed a prior report that the predictive value of these tests was low and additionally it confirmed there was no difference in mortality in women who underwent screening compared with those who did not.  Additionally they found a high number of false positive tests and 15% of women with false positives suffered serious complications of surgery.

The discouraging findings may be because ovarian tumors are aggressive and annual screening is ineffective.  The serious complications associated with false positive tests also makes it a bad screening test for the population.

Someday we will find good tests to detect these cancers.  Right now patients and doctors should just say "No".

Liz said…
thanks for passing this on, toni. i so wish it were not the case but we are better armed to have the facts, like them or not.

Marie said…
Good to know. Thanks. Saves me valuable time. As I recall, there was always some question as to the value of those screening tests. Perhaps the symptome should be discussed and published.
October 19, 2011 at 10:12 AM

Anonymous said…
Appreciate this, but then, what does what (if anything) as a screening tool? A dear friend of mine had ovarian cancer and she noted significant gas/bloating but that is often part and parcel of the vagaries of our menstrual systems, although my friend told me it was MUCH worse than anything she'd ever experienced. Fortunately, she is several years past chemo and just passed another check up. But the time was scary, she had to make arrangements for her young son just in case. Any guidance in this are would be helpful. Thanks, Barb
October 19, 2011 at 10:34 AM

Unknown said…
So what should we do? My mother died from ovarian cancer so I've been getting these tests annually as preventive measures. If what you write is true, it seems the only sensible thing to do is to get a pelvic exam every 6 months (or more often), and be aware of the classic warning signs: abdominal pressure, fullness, swelling or bloating; pelvic discomfort/pain; persistent indigestion, gas or nausea; changes in bowel habits, such as constipation or pencil-thin stool; changes in bladder habits, such as frequent urination; loss of appetite or feeling full quickly; persistent lack of energy; low back pain. I think any article you write regarding ovarian cancer should include this information. People are grossly under informed about this disease.
October 19, 2011 at 10:55 AM

orange county ophthalmology said…
Thanks for sharing us this useful information.

Michael Kirsch, M.D. said…
The public, with our help, pursues preventive screening tests with enthusiasm. They line up for total body scans not understanding that this is entering a medical minefield. It's tough work educating patients why less is more, but I think it's time well spent.
October 22, 2011 at 8:52 AM

get the direction said…
this is amazing thanks for posting such nice thoughts.

Admin said…
According to wikipedia,

So if this this true, then everyone should be aware of the "5 Signs You Might Have a Chronic Disease" written by nanei you can read it at http://healthmattersmostinlife.blogspot.com/2012/01/5-signs-you-might-have-chronic-disease.html