Teens and Soda and Junk Science 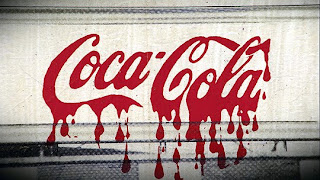 The headlines of a number of newspapers say "Soda Boosts Violence Among Teenagers."  A new study out of Harvard's Public Health Division analyzed data from 1878 14 to 18 year olds and found those who drank over 5 cans of non-diet soda a week consumed more alcohol and smoked more cigarettes.  Additionally those teens were more likely to carry a knife and exhibit violence toward family and peers.

The study was published online in something called "Injury Prevention". Despite the fact that I've never heard of this "journal", somehow the study got National coverage in the news.  To the author's credit, they admitted that the study did not prove causality and there may be other factors that weren't accounted for.  The students self reported their soft drink consumption and their "violent" tendencies.

As the mother of a teen, I can tell you that teen boys think they are "badder" than they are and I would guess some of the self-reporting would be questionable.  Just sayin'....

This story, with it's sensational headlines, should make us all take pause with the hundreds of pseudo-science reports that come out daily as "breakthroughs" or "news".   With 24 hour news shows, the Internet and the need for content that will grab the reader, a big dose of skepticism should be our first thought.

Liz said…
i always think of my junior high science experiment where we left a tooth in a glass of coke and after a few days it was disintegrating. i cannot drink a soda without remembering that.

Houston Home Security said…
I really like your writing. Thanks so much, finally a decent website with good information in it.
October 26, 2011 at 6:56 PM

hcg said…
Very interesting article. I Just though that you really know your topic very well to write this. Many of the benefits we derive from this topic. Thank you for sharing.
November 5, 2011 at 3:11 PM

emergency spill kits said…
This is informative article. I think teens should stay away from soda as it will very bad effect on their health.
November 24, 2011 at 3:53 AM

writing jobs said…
OMG.... I should stop to drink so much soda during my working day!Thanks for such useful and informative article!
January 4, 2012 at 1:14 AM

Maggie said…
Drinking soda is common in our teens today but the fact that soda can boost violence among teenagers is surprising. I know that taking too much of anything is not good but I never thought that this can be an effect of soda. I bet if teens are aware of such they will most likely reduce their intake.
February 23, 2012 at 11:44 PM