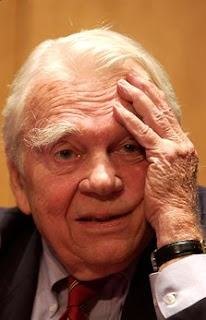 Andy Rooney, the broadcaster with a wry look at life, has died at age 92.  He worked up to the end after delivering his 1,097th commentary on life.  Andy Rooney had a knack of picking a topic that no-one had thought about, comment on it and listeners would say "Oh yea, that is so true".  He touched a nerve in modern American society.  Here are my Andy Rooneyisms: 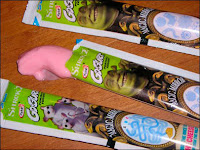 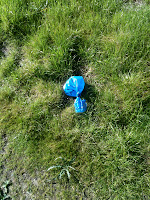 Andy Rooney was one of a kind.  He loved what he did and it showed.  That is a legacy we can all emulate.

Michael Kirsch, M.D. said…
Beyond his wry humor, he was brave. He flew as a journalist after D-day invastion at substantial personal risk. I'm sure for many viewers, Andy was the favorite segment. Nice post.
November 8, 2011 at 6:37 AM