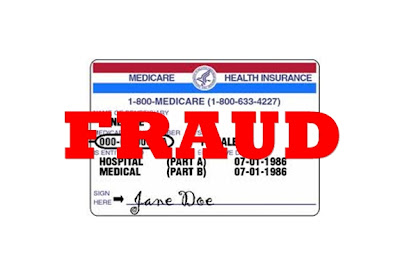 Is it plausible that one small hospital in rural Northern California treated 1,030 cases of Kwashiorkor within a two year period?

Before you answer that, let me explain what Kwashiorkor is.  It is a severe form of protein malnutrition...starving to death actually.  It is the type of starvation you see in African children.  It is so severe that the patient needs special nutritional support including special re-feeding with vitamins and it occurs mainly in children ages 1-4.   Adults can starve to death, but they do not develop classic Kwashiorkor.

Medicare pays hospitals a flat rate based on diagnosis codes for patients.  Patients with more severe coded illnesses get paid at a much higher rate.  Shasta Regional Medical Center, located in Redding, Shasta County, California is under the microscope for billing Medicare (our tax dollars at work) for 1,030 cases of Kwashiorkor to the tune of $11,463 for each diagnosis.  This medical center is a 246 bed facility in a town of about 90,000 people.  The entire county is less than 200,000 population.  The median home price in 2010 was $245,000 and the average household income is $62,222.  Hardly the demographics for Kwashiorkor.

Prime Healthcare Services owns 14 California hospitals, including the one in Redding.  After they took over the hospital in 2008, the diagnosis of Kwashiorkor exploded.  One of the patients that they billed Medicare for was interviewed and she said she was never malnourished and was never told she had Kwashiorkor.  She had diabetes and kidney failure and, according to her daughter, was actually overweight. There was no notation in her chart about edema swelling or nutritional consult.  She received no vitamins.

A former medical coder at another Prime Healthcare Hospital told California Watch that she was pressured to write up patients for kwashiorkor if they had low albumin levels and were diagnosed for ordinary malnutrition.  Low albumin is very common in hospitalized patients and it can accompany a number of medical illnesses.  Coding these as kwashiorkor is fraud, plain and simple.

Most hospitals across the Country are doing their best to take care of patients and function with the byzantine regulations of Medicare and hundreds of insurance companies.  The majority of hospitals lose money on Medicare patients.   Flagrant abuse in billing, such as is suspected at Shasta Regional Medical Center, gets no sympathy from me.  I hope the CEO ends up in stripes and that all of the Prime Healthcare Hospitals are closely investigated.

réglage couleurs said…
I recently came across your blog and have been reading along.
retouche de photos
December 21, 2011 at 11:33 PM

Anonymous said…
This is a pretty glaring case in Northern California. The RAC (Recovery Audit Contractor) audits that Medicare is doing are really collection companies that go in and ensure every code is backed up by a medical diagnosis. They also focus on one day stays and deny (after the fact) if it looked like the patient didn't need to be admitted. Medicare is prevailing in 93% of all disputed claims.

In abuses such as this, it seems there should be a quicker, cheaper and more efficient way to ferret out fraud. A 70% increased claim rate over similar hospitals should be one red flag. Instead of putting the resources and investigations where the problems are, CMS is targeting all health care providers with the same onerous regulations (RAC) and driving the cost of health care up!
December 22, 2011 at 9:45 AM

Michael Kirsch, M.D. said…
Wow! Please keep us posted on any updates. I still assume most of us are doing the right thing, but we really don't know what the fraud denominator is out there. Thanks for the post.
December 23, 2011 at 5:30 PM

Anonymous said…
No way I am coming to their defense, but I pulled out my ICD-9 book and found Kwashiorkor and "protein malnutrition" both use the same code (262.0)
Hypoalbuminemia is a different one altogether.
If I bend so far over backwards that my head is up...MAYBE one could say they were just trying to note the low albumin as "protein malnutrition" and low and behold ...
FAR more likely is your interpretation.
December 24, 2011 at 4:41 AM

Code 260, Kwashiorkor malnutrition should not be used to report protein malnutrition, without specific documentation of the condition of Kwashiorkor, per AHA Coding Clinic on ICD-9-CM, Third Quarter 2009, page 6.