January 12, 2012
This is the 2nd anniversary of the terrible Haiti Earthquake that measured 7.0 on the scale. The disaster killed 316,000 people and displaced 1.5 million more.  Even now more than 500,000 people are still in makeshift shelters and only half of the aid pledged for reconstruction has been spent. 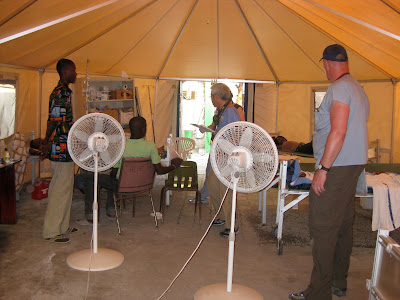 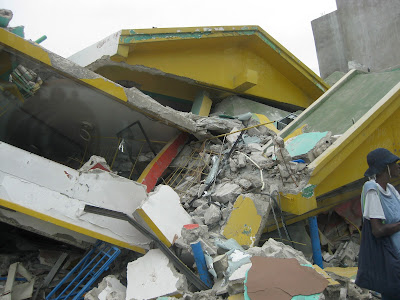 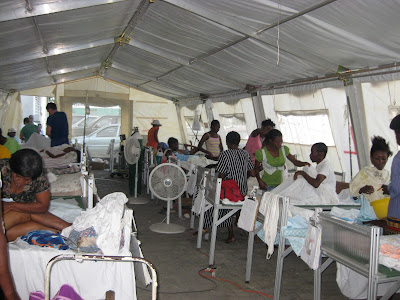 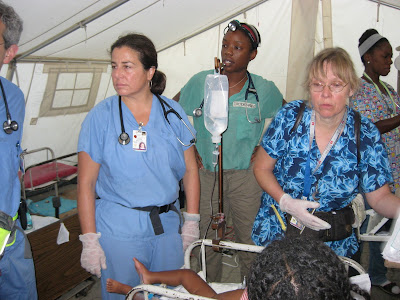 My organization sent medical teams and supplies to the disaster zone and our doctors and nurses continue to support a hospital with teaching and supplies.  I led a team of dedicated caregivers to Port-Au-Prince where we served under the most austere conditions.  Supplies were non existent.  There was no running water in the hospital and the magnitude of the health problems required infrastructure that was not there...and still is not there.


I can't get the stories of Haiti out of my mind.

A patient showed up at the Port Au Prince hospital ward with a massive left sided paralysis, an obvious stroke. This 48 year old woman had collapsed the day before and was now accompanied by her three grown daughters, who were most attentive and worried. I examined her in the bed with other patients and families gathered around. (There is no sense of privacy and even an exam seems to be everyone's business in Haiti). One daughter spoke broken English but I had a good translator that helped me get the information I needed.

It was a sad story. They had been on the 5th floor when the Earthquake hit. They fell straight down and dad was killed. One of the children had a crush injury to his leg and the entire remaining family was now "on the street". Just surviving must have been such a strain. Then...mom has a massive stroke.

As I was examining the patient further, one daughter handed me a quickly scrawled note. It read. "I have a problem She have a AIDS" In this private way, the daughter wanted me to know her mom had AIDS.

In a country with such poverty, lack of health care and lack of education, it is not a surprise that HIV and AIDS remains a significant problem and Haiti is the Caribbean island most affected by AIDS. There also remains a stigma and HIV infection is a big secret. Once I asked my Haitian interpreter to ask an emaciated patient if he was HIV positive and the interpreter couldn't even ask the question. It is just not done. It was a real act of bravery for that daughter to pass me the secret note.

Needless to say, AIDS will be the least of this family's problem. I can't begin to imagine how a woman with a stroke, who will likely not receive any rehabilitation, can live on the street. By the time I left, she needed 2 people to assist her out of bed into a chair...where she could not sit straight.

This is the continued tragedy of the Earthquake and the aftermath of human misery it left. 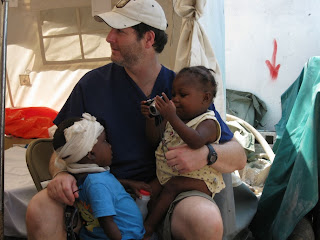 san diego, california home security said…
Haiti...when I hear the name I start shivering with tears in my eyes. Still can't believe how this happened and how bravely Haitians fought this aftermath.
January 15, 2012 at 2:01 AM

physical therapist schools said…
This is a good common sense article. Very helpful to one who is just finding the resources about this part. It will certainly help educate me.
February 1, 2012 at 2:34 AM