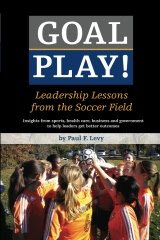 My blog friend,  Paul Levy,  former CEO at Beth Israel Deaconess Medical Center in Boston,  was the first hospital CEO to create a blog ("Running a Hospital")  that became famous for it's honesty and look into a hospital's inner workings.  He is now embarking on the next chapter of his life with the publication of his new book," Goal Play - Leadership Lessons from the Soccer Field."   Who knew that being a soccer coach for his daughter's team would provide him with a new platform to use in communicating his wisdom?

Paul has taken his considerable leadership skills and uses his Soccer experience to show us how to communicate, handle adversity and fix problems.  One wouldn't think of soccer coaching and running a hospital as having similar issues, but Mr. Levy skillfully weaves his experiences with both and shows that leadership knows no boundaries.  It is not a book about soccer...it is a book about how to be the best leader we can be by using self examination, honesty, courage and vision.  It is about helping others be the best they can be too.

I have been a fan of Paul Levy ever since I read his "Running a Hospital" blog on the internet.  He talked openly about union strikes, quality at the hospital, patient safety and employee complaints.  I had never heard of a CEO lifting the hood to expose such things.  Yet by exposing them honestly and coming up with solutions, he improved the atmosphere and dialog about health care in a way that was quite unique.  He came to the position when the organization was in crisis and used his considerable skills to "turn it around".  He opened up an era of transparency that is slowly being embraced by others.

In Goal Play, Paul gives us a tutorial about how to "coach" and be a great leader by empowering others. He transverses the worlds of soccer and corporate medicine and shows that building a team and helping that team collaborate on a plan is the measure of success for both.

I recommend "Goal Play" for everyone who wants to improve their own effectiveness, whether it is with coaching a kid's team or improvment in the workplace.  Leaders in Medicine will find it particularly interesting to read the challenges that faced the author and will be inspired to improve their own organization. 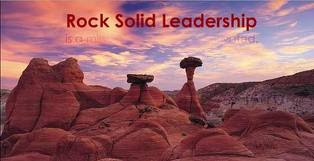 "Goal Play" should be on the bookshelf of anyone who leads teams of people. That is a lot of people who could benefit from reading this outstanding book.

( click on the link to order directly or go to Amazon)

Anonymous said…
By the tools you described in "Goal Play" I hope it will also be used as a way for doctors to improve their one to one communications with their patients and how they interact and treat them as well as hospitals.
March 22, 2012 at 7:57 AM

decreasing term life insurance is best for those who have a family and have a house on mortgage or are under debt but still wants security of their loved ones after their death.
March 23, 2012 at 2:56 AM