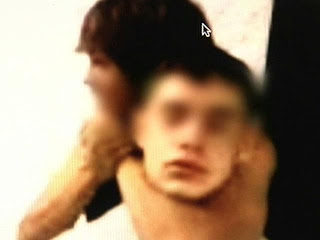 There is a game that pre-teens are playing that has killed 82 kids since 1995, according the the Centers for Disease Control (CDC).    It is called the "choking game" and these youngsters have no idea how dangerous it is.  There are probably thousands of choking deaths all across the country that have not been reported to the CDC and countless parents who think their child committed suicide, when he might have just unknowingly been playing a game.

The choking game is not new at all.  I know about the choking game because I played it with my girlfriends as a kid too.  I hadn't thought about it for decades and we had no clue that it was dangerous and just thought we were having fun.  At a slumber party (now called a "sleep-over") one girl would hyperventilate for a few minutes and then hold her breath while another squeezed her from behind across her chest in a tight bear hug.  Within a few seconds she would black out completely and fall to the floor. 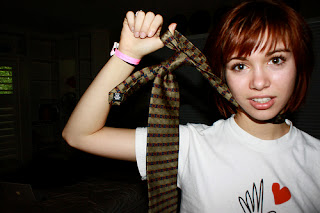 I can't tell you now why we liked playing this game or what the motivation was.  I remember the sensation of waking up from a "faint" was unique and weird and maybe it was our safe way to get "high"...long before alcohol came on the scene.  Of course now as an adult,  and with knowledge of physiology, it is obvious that this game is dangerous and deadly.

The choking game deprives the brain of oxygen and a person becomes unconscious within a few seconds.  As the body slides to the floor and becomes flat, breathing resumes and the person starts to wake up.  The deaths in the choking game occurred when kids used ropes or ties to choke themselves, thinking they would wake up.   I shudder to think of how many parents might believe their child committed suicide, when they might have just been normal kids playing a deadly game.

Parents need to be aware that this is happening and know that it could be your child too.  One study published in Pediatrics reported over 6% of middle-school kids in Portland, Oregon have tried the choking game.  This occurs at  ages between 9-15.


We cannot expect our children to know what they don't know.  Every pre-teen should be told about the dangers of breath holding and how it is really just starving brain cells of oxygen.   If you have a pre-teen or know someone who does, please send them a link to EverythingHealth or tell them about this crazy and dangerous game that should never be played.  It can be called the choking game, pass-out, black-out or fainting game.  This should be a wake-up call for parents and kids.

Anonymous said…
This is such important information. I am forwarding it to many of my friends with pre-teen kids. Thanks
April 24, 2012 at 1:49 PM

Anonymous said…
After reading your article, I found out my BF played the Choking game when growing up and a friend I sent it to who has a 16 almost 17 yr old daughter and she said she remembers also playing it at slumber parties with friends.
Some how I missed knowing about it as a kid and didn't know till a few years ago when I think I saw it on 60 min.
I sent it to three friends of mine with kids from 10, 12, 15, and 16.
April 25, 2012 at 7:15 AM

Patricia Russell MD said…
Thank you so much for your blog. I learned of the choking game when my own son died in 2005. I have been a physician advocate for increasing awareness and understanding of pass out games and their dangers ever since.

Anonymous said…
We played this on the school yard in 7th grade in open view, ostensibly in front of any staff member that could have walked by. I know why we did it: it "felt good". Simple as that. Thank you for reminding me; I will talk to my 12 yo son about it ASAP.
April 27, 2012 at 9:41 PM

justdont said…
I met a woman who son died playing the choking game. He had just turned 12 years old the day before. A happy, smart, atheletically talented child's life just wasted. Why? The parent had no idea he had just started playing the game. A friend had lent him his belt to do it. His sister found him when she went to call him to dinner. His grandmother and grandfather had to take him down. His mother on a business trip had to hear the horrible news over the phone just after she landed and then wait until she could get another flight home to plan the funeral and bury her only son. And kids went to the viewing who also fessed up about playing the game. Seeing all this made me passionate about this cause. Children need to know the dangers. Parents and Teachers need to recognize the signs. So I have decided to have a CHOKING GAME exhibit at the National PTA convention. If you click on this link you can help fund the trip and materials. You can also see a video on the choking game which might surprise you. Thanks for reading this. The link is:
http://fundly.com/s/ia2xe5vd

justdont said…
http://fundly.com/s/ia2xe5vd
I am taking this cause to the National PTA Convention. You can send me if you go to the above sight. Please help me spread awareness about the choking game. It's time to educate parents, teachers and children as to the dangers and prevalence of this game.
May 19, 2012 at 6:11 AM

Anonymous said…
What is sad is that 82 deaths is not correct - there are many more but with no good way to track this kind of death and many wrongly classified as suicides, the number reported is MUCH lower than the truth. This from a mother whose son died from this but it is classified as a suicide.
August 28, 2012 at 6:14 AM

Toni Brayer, MD said…
Anon: my heart goes out to you and the loss of your child. I know you are right about the numbers and the heartbreak for parents is unimaginable. I'm sorry.
August 28, 2012 at 6:27 AM