Rural Nurse Diagnoses and Treats His Own Heart Attack 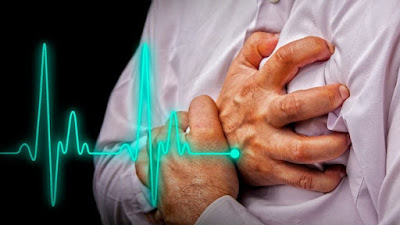 Here is a remarkable feel good story as reported in the letters section of The New England Journal of Medicine.

A 44 year old male nurse was working alone in a rural part of Western Australia when he developed severe chest pain and dizziness.  He knew these were symptoms of a heart attack and he was over 90 miles from the nearest medical facility and 600 miles from Perth, where advanced care could be obtained.  He got an EKG on himself and sent it electronically through the Western Australian Department of Health which was started in 2012 for rural community practitioners.

Sure enough, the electronic read came back and showed he was in the middle of a massive myocardial infarction (MI).  Did he panic?  Hell no!
This remarkable nurse proceeded to chew an aspirin, take sublingual nitroglycerine and start an IV on himself.  He administered the right drugs; intravenous heparin, opiates and another blood thinner called clopidogrel. He got him self ready for thrombolysis and received this "clot buster" when the Royal Flying Doctor Service arrived and transported him to Perth.

The next day a stent was placed in the mid right coronary artery and he was discharged home within 48 hours.

I'm trying to imagine starting an IV on myself while in the middle of a heart attack and keeping this cool.  It's such a great story and EverythingHealth hopes this guy goes on to help lots of patients in rural Australia.

Mimi said…
That is an amazing story! I just found this blog and am looking forward to reading and learning more from you, because you sound as though you really care about your patients.
June 28, 2018 at 11:15 PM

Maria Lurena said…
What an inspiring story...let me know how it goes when you finally decides to do the IV thing on yourself:)
August 13, 2018 at 12:26 AM