Leaving WHO is a Huge Mistake 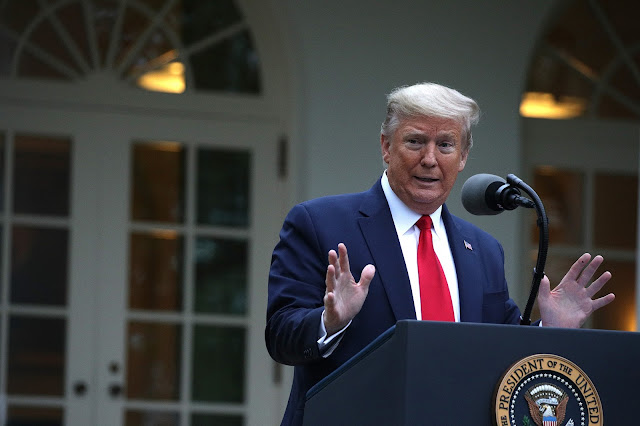 Donald Trump's declaration that the United States would stop funding the World Health Organization in the middle of a global pandemic sent shock-waves through the medical world.

Less than twelve hours later, the American College of Physicians (the largest medical specialty organization in the United States with members in 145 countries worldwide) declared grave concern that this decision will undermine the effort to make progress on the Covid-19 pandemic. The ACP stated, "We urge the President to immediately restore U.S. funding to WHO, and for Congress to take appropriate action to ensure the continued funding."

In case you wondered, the United States pays about 1/5 of the budget ($400-500 million according to Trump), which sounds like a terrific deal to me.

What does the WHO do?  Why does it matter if we participate?


The World Health Organization consists of more than 7000 people from 150 countries that work together promote health, keep the world safe and serve the vulnerable.
The Who promotes safe childbirth, fights female genital mutilation and helps women with obstetric fistula.  It is working on eliminating cervical center and has a major role in eliminating polio worldwide.

The WHO has led the fight against Ebola outbreaks and other health emergencies that ravage the globe. They have worked on health conditions from asthma to Zika, hepatitis and malnutrition.  Their expanded program immunization, set up in early 1970, with the help of UNICEF, Gavi, the Vaccine Alliance, and others, brought lifesaving vaccines to millions of children.  Other innovative partnerships have produced effective vaccines against meningitis, Ebola and the world's first ever malaria vaccine.

Jeremy Konyndyk, a senior fellow at the Center for Global Development, and a director for foreign disaster assistance at USAID said, "In terms of cutting funding, it is deeply counterproductive to US interests because the US has an interest in stopping this virus everywhere.  Until it is stopped everywhere we remain vulnerable here.  The WHO has a super important role to play in that."

If you want to see what the World Health Organization does, check out their website.  It is impressive.  I can't speak strongly enough on the colossal folly of cutting of their funding and what it means for all of us who are fighting this Covid-19 pandemic and for improving health worldwide.