Hydroxychloroquine for Covid-19 is Dead 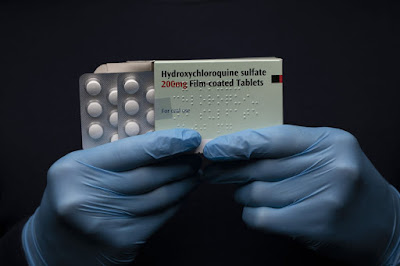 Physicians and Scientists everywhere, led by Anthony Fauci, have been saying "Lets wait for the data on Hydroxychloroquine as a treatment for Covid-19".  Well, we now have that data and it is irrefutable that Hydroxycholorquine and Cloroquine, with or without a macrolide antibiotic (Azithromycin), does not work for Covid-19 and, in fact, causes increased death.

In case you are wondering about the guy who says "Hey, my uncle has been taking it and he got better in six hours", or "Hey, I know lots of people who take it every day and they are just fine", let me explain this Lancent study for you.

The researchers studied 671 hospitals on six continents involving 92,036 patients.  They looked at hospitalizations from Dec 20, 2019 through April 14, 2020.  Patients who were given Remdesivir were excluded.  The mean patient age was 53.8.

This is the scientific method.  Anecdotes are fine but they don't really give us safety or efficacy information.  Not only does Hydroxychloroquine not work, it caused decreased survival.  That is the final nail in the coffin and we don't need to speculate that this is a "game changer" anymore.

People are free to do what they want as long as it doesn't hurt others. They can believe the liberals are  blocking doctors from giving life-saving treatments.  They can believe something they read online instead.  All we can do is give valid information, backed by rigorous science.

Anonymous said…
Thanks so much for the easy to understand details on the study. Very helpful. I can’t believe Pres Trump Is using it.
May 23, 2020 at 10:04 PM

Mary Bowman-Kruhm said…
Thanks for your usual easy-to-understand assessment of the study.
May 24, 2020 at 6:13 AM