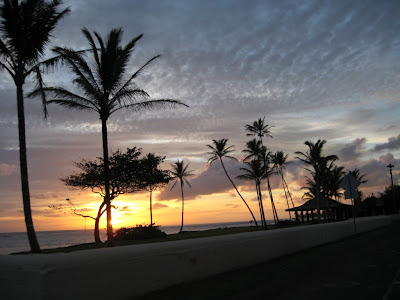 There is trouble in paradise. The big Island, Hawaii, is experiencing a massive doctor shortage and there is no relief in sight. Here are some facts that might be as surprising to you as they were to me.

There are 140,000 residents on Hawaii, the biggest of all the Hawaiian islands at over 4,000 square miles. There are three hospitals on Hawaii, 2 are state hospitals and one is private and they are all financially desperate.

For the 140,000 residents and thousands more tourists who visit, there is only one orthopedic surgeon who operates. Two ortho docs left this year because they just couldn't make it financially. There are no neurosurgeons and only two OB/GYN doctors after three retired this year.

There is one health insurance carrier who enjoys a monopoly (Blue Cross Blue Shield-HMSA) and, according the the physicians I spoke with, they have terrible reimbursement rates that make it impossible for physicians to practice here. Couple that with the " lower than cost" rates paid by Medicare and you have a system that just doesn't work

Hawaii had enacted "universal coverage" for children through HMSA and that program was cancelled after just 11 months and coverage for 2000 kids. Budget shortfalls caused the program to be abandoned.

The final nail in the coffin for doctors in Hawaii is the high cost of malpractice insurance. That one orthopedic surgeon on the Big Island pays at least $47,000 a year. Tort reform and caps on pain and suffering payments would go a long way toward stabilizing the physician workforce and allowing more doctors to practice in paradise.

There is one take home message here. Who we elect has a critical impact on our health care. Health care policy is the most important aspect of the health of a population. No doctors means no care. It doesn't matter if you have insurance if there is no one to take care of you.

Anonymous said…
Excellent post. This situation sounds like it is a precursor to what will happen throughout the US unless we get a health care policy that is not just universal, but is funded.
October 19, 2008 at 12:07 PM

Anonymous said…
When there are not enough physicians to care for the population, the doctors that are there suffer battle fatigue and burnout. Who wants to be operated on by a surgeon that has worked without rest? It is a viscous circle and impacts quality of care. You are correct that ignoring the signs of distress leads to a crash.
October 20, 2008 at 8:42 AM

Anonymous said…
Thank you for this post. I agree with Barbara K.--this is the way health care will be practiced unless we have some sort of health care policy with decent funding and efficient delivery, as well as tort reform. Keep up the good work!
October 20, 2008 at 10:41 AM

Unknown said…
Toni - Great to see you, and thanks for steering me to your Blog. Some very interesting and useful information here. Health care and energy have to be the top domestic issues for the near future. If we can fix those, much of the economy will take care of itself with a few commonsense, economic rules being enforced in the business and financial worlds. Thanks for maintaining this site.
Gerry
October 20, 2008 at 5:03 PM

Anonymous said…
While taking dosages of the Pfizer’s anti-smoking medicine chantix, you might encounter certain Chantix side-effects such as vomiting, headache, nausea, gas et al but if you continue with the medication without paying heed to the side-effects, it would definitely yield results in the long run. Just log in to http://www.chantixmagic.com and acquaint yourself with the tidbits on Chantix side-effects.
October 21, 2008 at 1:59 AM

Anonymous said…
We suggest you to buy chantix to quit the very dangerous 'nicotine' addiction by having the anti-smoking magic pill 'Chantix' which is Pfizer manufactured and approved by FDA on May 11,2006.For more sophisticated information about the side-effects of smoking and the treatment of it,Please logon to Chantix Online.
September 14, 2009 at 6:32 AM