Use of Fan in Baby's Room Prevents SIDS 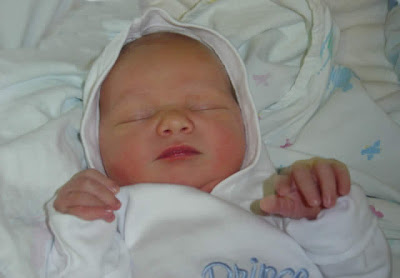 The cause of crib death, or sudden infant death syndrome (SIDS) has been a mystery for years. New findings published in The Archives of Pediatrics and Adolescent Medicine show that placing a fan in the baby’s room can decrease crib death by 72%

Pediatricians have recommended placing babies on their backs instead of their stomachs to sleep and this has lowered the number of SIDS deaths by more than half. Despite this, SIDS continues to be the leading cause of death in babies under the age of one.

The latest research was conducted with an NIH grant by Kaiser Permanente Northern California and included 497 infants. The researchers interviewed mothers of 185 infants who died from SIDS and compared them with 312 infants of similar race and age. They found that the simple use of a fan, in conjunction with having the babies sleep on their backs, avoid soft bedding, not share a bed with other children and use a pacifier, dropped the risk by 72%.

This study did not answer the question of why the fan is effective. Perhaps the circulation of air by the fan moves exhaled carbon dioxide away from the baby’s face. There have been some accounts of SIDS babies having brain abnormalities that prevent them from gasping and awakening when they do not get enough oxygen. SIDS deaths are most likely to occur when babies are between the ages of two months and four months, and deaths peak in the winter months. Some theories of "why" include the fact that rooms are more stuffy, there is less ventilation and more covers are used. Sleeping in a room with an open window was also found to lower risk, although the association was not significant.

Other recommendations to keep babies safe come from the American Academy of Pediatrics and they include:

• Not sharing the bed when parents are sleeping
• Infants should be put to sleep on a firm mattress and soft objects, stuffed toys, pillows and quilts should be removed from the bed.
• Avoid overheating and the room they sleep in should not be too hot.
• Mothers should not smoke and babies should not be exposed to second hand smoke. Smoking during pregnancy is one of the strongest risk factors for SIDS

Anonymous said…
That's amazing. I had a friend whose baby died and it is the saddest thing. I hope all new mothers read this. thanks.
October 7, 2008 at 8:44 PM

tracy said…
i just passed this info on to someone with a newborn...i remember well those first scary days and months...
thanks so much, Dr. Brayer!
October 8, 2008 at 8:11 AM

K said…
I wonder what South Korea will do with this information, considering their national superstition about "fan death".
October 9, 2008 at 11:09 AM