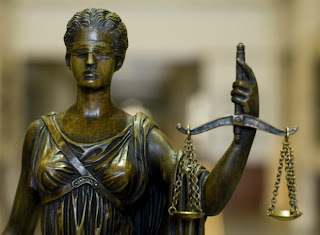 While we await the ruling of the  supposedly non-partisan Supreme Court on the legality of  the Affordable Care Act (aka: Obamacare, health care reform) it is useful to know one thing that would change if it goes through.  More than 11 million Americans are currently covered by private individual insurance plans that would not meet the minimum standards of coverage with ACA.  The big insurance companies would have to improve their plan offerings value if ACA goes into effect.

A study by Health Affairs showed that 51% of current policies had an actuarial value of less than 60% which would put it below the minimum requirements established under the Affordable Care Act for future state-based exchanges.  Those exchanges are scheduled to begin by 2014.

It is exorbitantly costly to be self insured and consumers are often stuck with what they can get.  The idea of "competition" and choice is a myth.  The individual insurance design falls short of what most people think they are buying when they pay premiums.  Five thousand dollar deductibles are common and exclusions for prior conditions like sinusitis or benign breast lumps are standard.  If a woman had a benign lump removed in her 20s, it is likely there would be an exclusion for breast disease that might occur when she is 55.  The more conditions that can be excluded, the better it is for underwriting and it completely negates the benefit of having insurance at all.

The purpose of the Affordable Care Act is to protect more Americans by getting them coverage that is truly a benefit.  It is not perfect.  There are many parts that will be tweaked and changed by Congress as it goes forward, just like any piece of legislation.  But it is a start at rectifying the abuses that millions of Americans have had to swallow.

Anonymous said…
Very Interesting. My insurance pays for nothing. I pay $650/month and it is just to cover a catastrophe. Im not even sure it will cover that and I just pray I never have to use it. I feel like I am being ripped off every month. It is terrible. Health Care Reform doesn't go far enough in my opinion.
May 29, 2012 at 2:47 PM