November 12, 2012
I love technology that lets me be a connected doctor and saves my patients time and money.  I got an email from Justin last weekend because his foot was painful and swollen and it included the following photo: 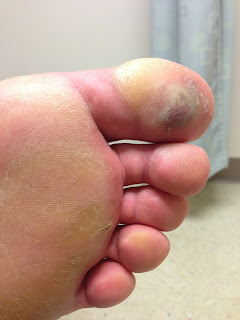 Wow. this was obviously a serious infection that was spreading beyond the big toe to the entire foot.  He needed immediate attention and was sent to the ER.  He was given pain medication, two antibiotics and the toe was drained.  The next photo looked was this: 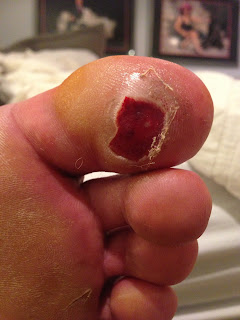 Clearly better now that it was opened up but the swelling remained and he was not out of the woods.  Rather than  have him come into the office, when he really needed to keep it elevated, I had him check in with me with daily updates: 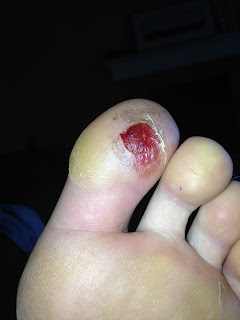 Clearly improved.  Notice the redness on the other toes is disappearing as is the streak that was going up the foot.  The wound looks really clean.  I advised hot soaks and continued antibiotics and elevation and it continued improving: 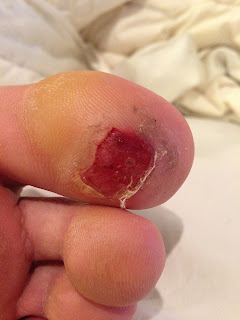 All was going well until today.  His pain was gone and Justin thought he was ready to go back to work but one week later the toe looked like this: 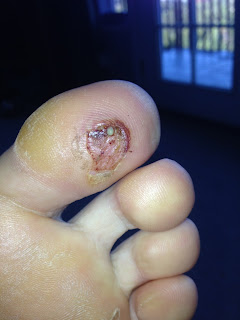 Oops, that fresh pus shouldn't be there.  Overall the healing is great but now I suspect a foreign body that might be keeping a nidus of infection.  Unfortunately he will need further debridement to see what is causing that continued oozing.

Tomorrow I'll get him hooked up with a surgeon who can take a look at it.